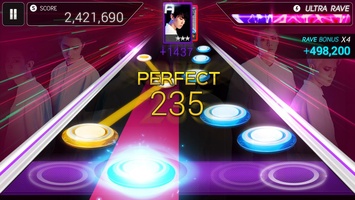 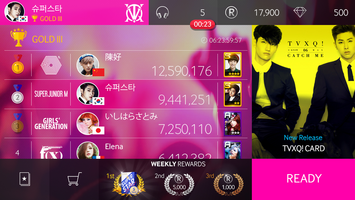 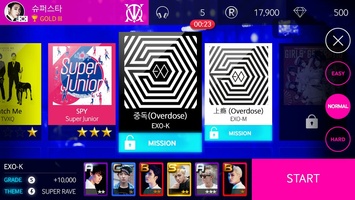 It's easy to play SuperStar SMTOWN as it's almost identical to Beat Fever or other games from the SuperStar franchise. You have to play various notes by touching them as they fall from the top of the screen. Try not to miss a single note! The longer you play without mistakes the higher 'combo' you get, helping you to get a ridiculously high score!

Because SuperStar SMTOWN has an official S.M Entertainment license, you can collect official cards starring your favorite artists from the 34 groups in the game. There's more than 2000 cards to collect! On top of that, you can unlock more levels as you play, with more than 300 songs available!

Like all the games in this franchise, SuperStar SMTOWN is really well done, with a huge number of high quality songs, an easy to learn game system, and an absolutely absurd number of cards to collect. Compete against players from all over the world with the online scoreboards.
Reviewed by Andrés López Translated by Jasmine

How to install it ???? I live in Russia and I can not install it, I am downloading some text file. Help please, please

when the update comes out, it's not funny anymore

I need Version 2.10.2 please. i'm going to descend on the league 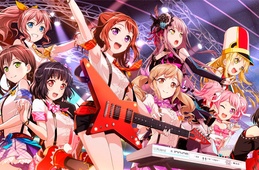 Apr 9th, 2018 BanG Dream! Girls Band Party! is one of the best rhythm games around Geometry Dash
A platformer to play with just one button
osu!droid
Keep up the pace and get the highest score possible
Piano Tiles 2
Choose your favorite song and play it on your Android device
Geometry Dash Meltdown
A new version of the classic Geometry Dash
BeatX
Geometry Dash World
Jump, jump, jump nonstop
Rock Hero 2
Become a rock star all over again
Magic Tiles 3
Touch the screen in time and follow the rhythm